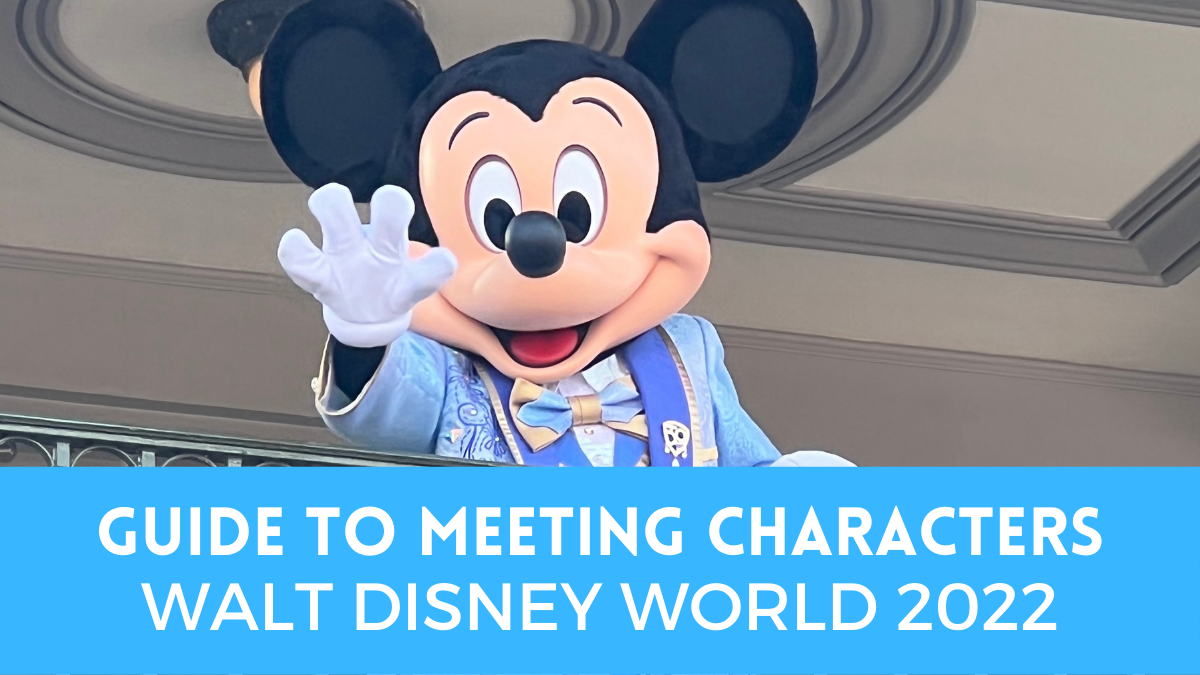 When Walt Disney World reopened to guests in 2020, there were a few changes that had been made for the safety of guests and Disney Cast Members. One of those changes was character meet and greets. In the past, guests could meet a myriad or Disney characters across the four parks at Disney World plus in the resorts. You were able to get your picture, ask for an autograph and even give them a hug if you’d like! With the reopening of the parks, character interactions came back in an adapted format that allows for social distancing of guests and cast. So what is it like meeting characters at Walt Disney World in 2022? Read on to find out.

As of April 18, 2022, non-distanced Disney Character Meet & Greets are back! There are currently three different ways that you can experience characters in Walt Disney World – meet & greets, parades and character dining. Each will provide you a different kind of experience and level of interaction with the characters.

Where to Meet Characters at Walt Disney World

Meeting Disney characters while in the parks is one of the best experiences! Read on to see where you can interact with characters at each park.

Additionally, a number of characters can be seen a varying times throughout the day. For times, check the My Disney Experience app or ask a Cast Member for assistance. These characters include:

At EPCOT, guests can view several characters across the park. These include:

At Hollywood Studios, guests can meet characters throughout the park in several locations. For times, check the My Disney Experience app or ask a Cast Member for assistance. These characters include: These include:

At Animal Kingdom, guests can view “character flotillas” throughout the day. Flotillas are boats that travel along the waterways in Animal Kingdom, carrying beloved Disney characters. These include:

Additionally, Kevin, from “UP” can be seen at the entrance of Dinoland U.S.A. throughout the day.

If you want to guarantee you get to see one of your favorite Disney characters, Character Dining is the way to go. Currently, modified character interactions are in place to ensure the safety of guests and Cast Members, but you’ll stay have the chance to take a socially distanced photo with characters. Check out the list below for the restuarant, location and who you can meet at each.

Other Character Dining experiences may come back in the future, but at this time the following have not reopened with characters:

Interested in booking a Disney Vacation with the help of an experienced Travel Agent who specializes in Disney? Let me help you out! My assistance in complimentary!