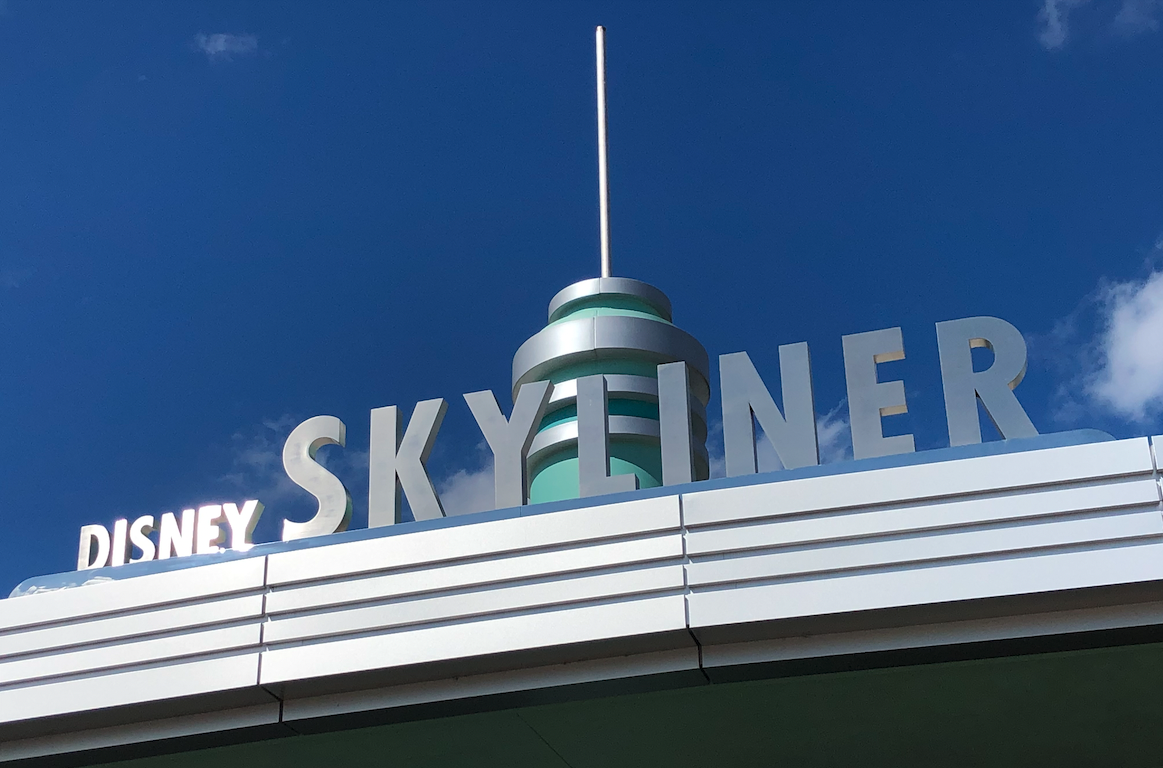 What is the Disney Skyliner?

The Disney Skyliner is a gondola transportation system that has five stops, including at two parks and four resorts. It is a free form of transportation for guests and holds up to 10 guests in each cabin. The gondolas are wheelchair accessible and most strollers can be rolled right on without folding.

Each Skyliner cabin is themed to a different Disney movie, character or attraction, including The Haunted Mansion, Coco, Star Wars, and Guardians of the Galaxy.

Where does the Skyliner Go?

The Skyliner has stops at the following locations:

There are three routes that make up the Skyliner map and all converge at the “central terminal,” which is located at Disney’s Caribbean Beach Resort.

The final Skyliner line is the Art of Animation and Pop Century line. These resorts share a station and the trip from Caribbean Beach terminal to the resorts’ station is 4 minutes.

When does the Skyliner Run?

Operating hours for the Disney Skyliner change daily and are displayed at the entrance of all Skyliner stations. Usually, Skyliners begin running at least an hour before park opening and run an hour after park closing.

There are 4 Disney Resort hotels that have Skyliner stops – Disney’s Riviera Resort, Disney’s Caribbean Beach Resort, Disney’s Art of Animation Resort and Disney’s Pop Century Resort. However, there are several other resorts that are within walking distance of the Skyliner. These include:

Each of the above listed resorts are within walking distance of both the EPCOT and Disney’s Hollywood Studios stations.

0 Comments for “Guide to the Disney Skyliner”