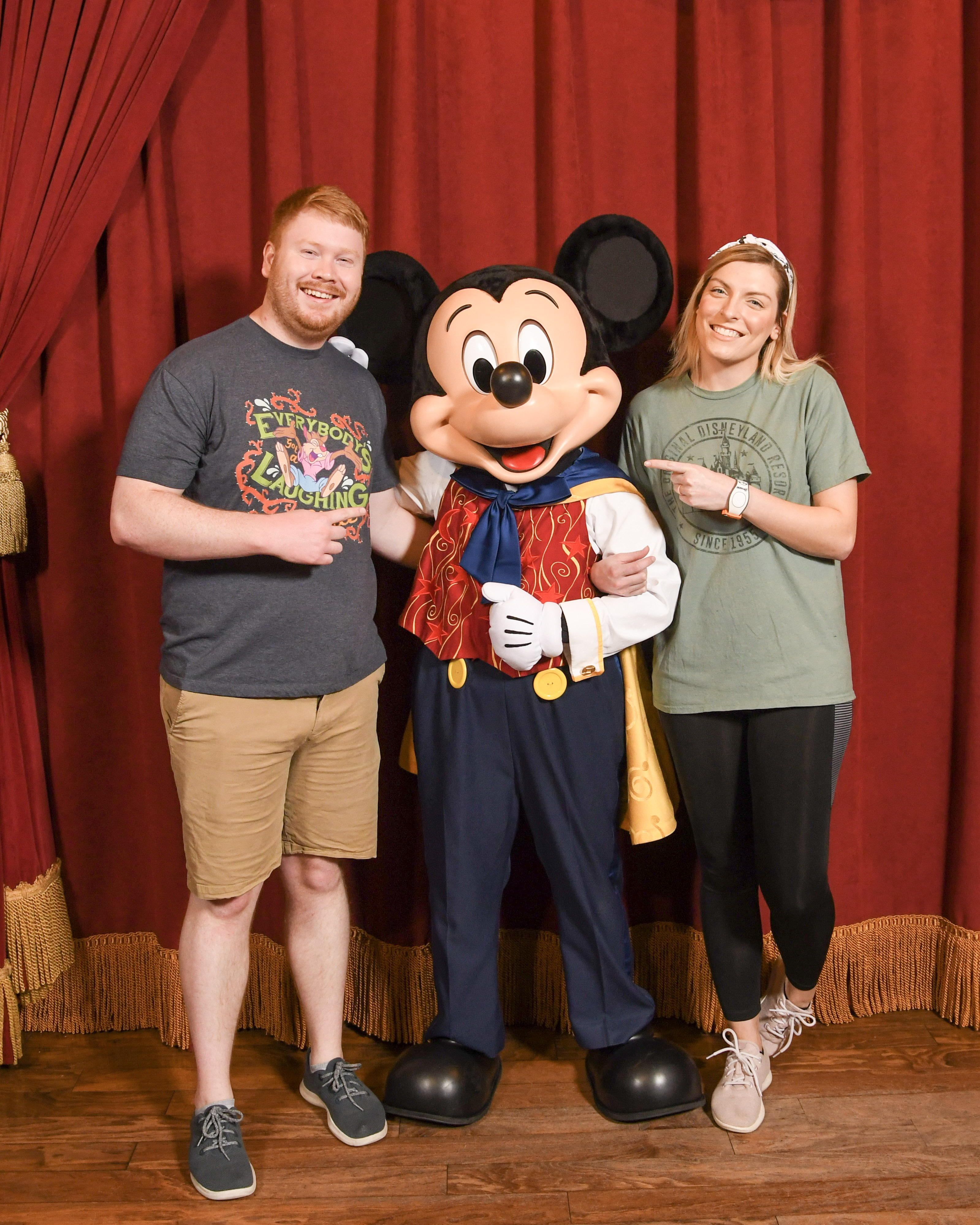 Are you a Disney fan looking for a way to share your love of the Mouse? Disney fans across the globe have learned ways that they can share their love of The Walt Disney Company with others, with many of them finding ways to earn money in the process.

Each month I highlight a “Disney Creator” – a Disney fan who has taken their love of Disney and turned it into something even more. This monthly blog series showcases diverse creators, visionaries, and business owners who are making magic through their social media accounts, on podcasts and YouTube, in their own stores, and even by planning other people’s vacations. What each of these individuals has in common is their love of The Walt Disney Company and their desire to share their creations with other Disney fans across the globe.

To read past months’ features, visit the pages below:

Be sure to subscribe to the weekly newsletter to never miss a new Disney blog!

To label Brendan and Katherine of Detour to Neverland as simply Disney Podcasters didn’t seem to do them justice. This Disney-loving couple began their Disney Creator journey in 2018 when they launched their podcast, Detour to Neverland. The focus of the podcast was, and still is, storytelling, but how they share the Disney story has changed as they grew as creators. Brendan and Katherine’s content creation has also expanded to include a following on Instagram, TikTok, Facebook, Twitter and YouTube. Basically they do it all, and well! Read on to hear their story.

We primarily create our content through podcasting, which you can find on any podcasting platform. We also have Instagram, a Facebook group, and most recently a Tik Tok and Youtube channel where we create video content and go live weekly on Tik Tok and monthly on YouTube. Our content is a little different on each platform, but it all centers around the podcast and our love for storytelling.

You don’t need to be a professional to get started. You can start small, learn along the way, and grow into new equipment as you see fit if it’s something that you enjoy doing.

How did your Disney creator journey begin?

You don’t need to be a professional to get started. You can start small, learn along the way, and grow into new equipment as you see fit if it’s something that you enjoy doing.

Our journey with Detour to Neverland began in 2018. Brendan has always had an entrepreneurial mindset and wanted a creative outlet during a difficult time in his career. He was between jobs that were awful and he decided that he wanted a way to connect with other people who had a similar mindset, but also a love for Disney. The goal was that he wanted to show other people that they weren’t stuck in their 9-5 job and that they could create their own business/side hustle/hobby through learning from others and hearing their stories. Katherine decided to join in as a co-host a few months in, and now almost three years later our goal is still to focus on the stories of Disney.

What drew you to the Disney Community?

Growing up and living in Tennessee, we had no clue there was even a Disney community for the longest time. Brendan decided he wanted to start the podcast as a platform to share his interests, but also find people with a similar mindset for business growth. We knew there had to be other people out there who loved Disney as much as we did so he set out to find them. Once we found so many people with similar interests, who were also extremely friendly and supportive, we knew we wanted to create something and be part of it. Since starting the podcast we have made several online friends who have transformed into “real-life” friends and we could not be happier.

Why did you choose to begin with podcasting?

We tried a few different platforms when we originally decided we wanted to do something Disney-related. We initially tried blogging but realized it felt forced and wasn’t something we enjoyed. Then Brendan decided to start the podcast, and it stuck. We feel the most comfortable behind the microphone and when we create each episode it feels like we are just talking to each other.

Our content has evolved, but the message has always been connected to storytelling. We started the podcast by interviewing Disney content creators or shop owners with the goal of sharing their Disney stories and encouraging others to follow their dreams and do the same. We have since pivoted to share the stories of Disney attractions and restaurants to enhance your next visit (or first visit) to the parks. We focus more on the story that is trying to be told and the history that makes each experience or ride special to give listeners a better understanding or appreciation. Along the way, we have also created spin-off series like our moving diaries, trip reports, and One Little Spark, which focuses on the emotions of the parks. We realized that we are the happiest when we have the creative freedom to follow our interests.

I feel like the biggest challenge has always been comparing ourselves to others. It can be hard when there are so many other amazing content creators in the same space, and it is easy to overanalyze or compare their success to where you are. It’s important to remember that there is room for everyone in this space, and each person is on their own path.

What advice do you have for other Disney Creators?

We have two pieces of advice that really helped us. 1. Find something that you are passionate about and go for it! When you are interested in what you are talking about it shows through and gives you a better connection with your audience. 2. You don’t need to be a professional to get started. You can start small, learn along the way, and grow into new equipment as you see fit if it’s something that you enjoy doing. At first, we felt like we had to have it all together before starting, and that’s just not true.

Last year you made the move to live near Walt Disney World. What has that been like?

Moving to Orlando has given us more access to the parks, which has really sparked our creativity. Now that we have the opportunity to go to the parks a few times a week versus every other month or so, we have been able to experience the parks in a completely different way. We used to use the podcast and our other social media outlets as a way to connect with Disney in our everyday lives, and now we have focused more on being able to provide that same feeling for other people. Being in Orlando has also given us the ability to create more content and ultimately reach more people.

Get to Know Detour to Neverland – Disney Podcasters

When did you become a Disney fan? We’ve both been Disney fans since we were kids. However, Brendan, like many people, wasn’t a huge Disney fan during his teenage years but Katherine’s love for the movies and parks never wavered. What really sparked our love for Disney is when we took a trip together for his senior year of high school. We spent the whole week visiting the parks together with his family and it solidified our love for the parks and all things Disney again. We quickly decided we needed to visit as often as possible and the rest is history!

Who is your favorite character? Brendan’s is Peter Pan and Katherine’s is Elsa.

What is something on your Disney bucket list? Visiting the international parks is a big one to fulfill on our bucket list! We have always said that Paris Disneyland would be a good first step, but of course, the big one we want to visit is Tokyo DisneySEA!