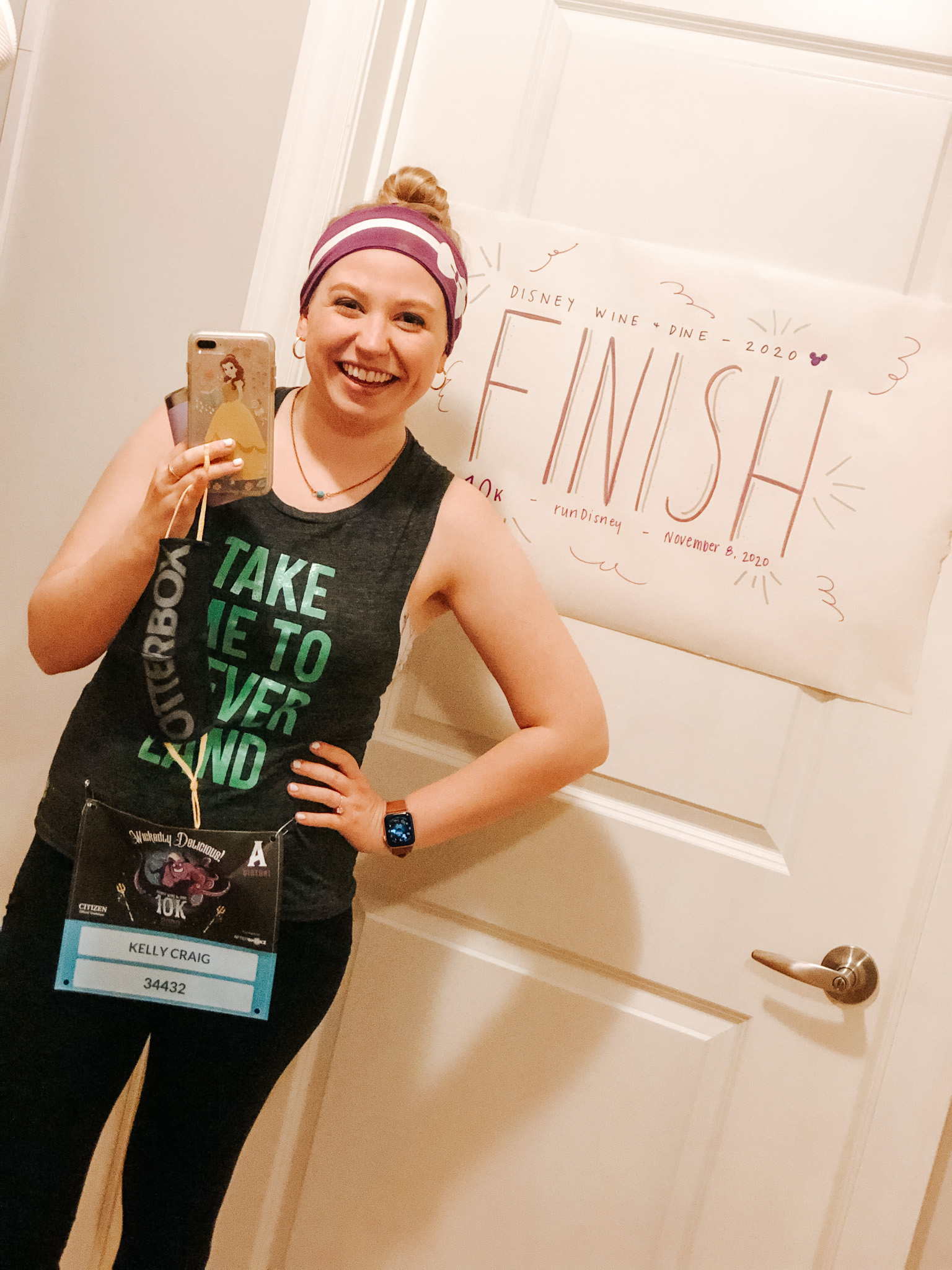 The Walt Disney’s Company’s runDisney has been offering virtual races since 2015, when they introduced the Mickey Running Shorts races. The idea of these virtual races is that you can run a “Disney” race in your own home – maybe on a treadmill or throughout your neighborhood. Having done a number of runDisney races in the past, both at Walt Disney World and Disneyland (you can read about my experiences on my runDisney Guide for NonRunners), I was a little wary to take part in the virtual races. I wasn’t sure if it would be worth the money, if I would even be motivated to actually run, and if it would have the magic that runDisney races are known for. However, I’ve completed two – the 2015 Inaugural Virtual runDisney races and the 2020 Disney Wine and Dine Half Marathon that turned into a virtual race – and really enjoyed them!

But are these virtual Disney races worth the money? It depends on what your expectations are and what you’re hoping to get out of the races. Before you sign up for a virtual run, take a a moment to figure out what your WHY is. I’ve also put together a pro and con list below to help you decide if you want to take part in the next Virtual runDisney race.

First off, here’s a little more information on how runDisney virtual races work. If you’ve participated in an in-person race with Disney, the registration process will be familiar to you. runDisney will release a certain number of registration spots for runners on a specific date and time. Be sure to log on right at that time to grab your spot, as they do sell out very quickly.

TIP: If you are a Disney Annual Passholder or Disney Vacation Club Member you may have the opportunity to register before the general public. Be sure to check your the DVC and Annual Passholder websites for more information.

Traditionally, there are three races that cost $40 each or you can take part in the Challenge for $145 which allows you to take part in all three races, plus get a special Challenge finisher medal. Each registrant will receive the following for each race they register for:

Rather than having one date where everyone runs, runDisney virtual races provide a three month timeframe in which you can complete the run(s) at your own pace. Medals are mailed from runDisney about mid-way through the timeframe for races.

But what are the pros and cons of running the Disney Virtual races?

Accessibility – Not all of us live near the parks or can take the trip to partake in an in-person runDisney race. These virtual runs make the runDisney community more accessible to people who may not be able to take the time off work/school, don’t have a trip in the budget, or just don’t want to get up before dawn to run! (Ok on that last one, yes runDisney races are exhausting and you will not get nearly enough sleep, but they’re SO worth it!)

Cost – At $40 a race, a runDisney Virtual Race is definitely less expensive than a race in the parks. Comparably, the Walt Disney World Marathon Weekend 5k in 2020 was $87. This however did include a shirt, access to the runDisney Expo (which arguably anyone can enter), on course and finish line snacks, as well as a bib and medal.

Introduction – Virtual races allow people who may not be ready for an in-person race the opportunity to take part. Best part? You don’t have to finish the race all at once. Break up the 3.1 miles over a few days if you don’t feel comfortable doing it all at once. Plus you can take your time, knowing that the balloon ladies won’t be hurrying you off the course if you’re under a 15 minute mile!

Community – One of the best parts, and why so many people continue running Disney races, is the runDisney community. Virtual races still allow you to be an active member of the community and cheer others on. Search for a group on Facebook, follow other runDisney runners on Instagram, or watch Disney runner’s YouTube videos to keep yourself motivated to engage with fellow runners!

Motivation – Especially during the times when in-person races have not been taking place, virtual races have been a great way to keep yourself motivated and working towards a goal.

“Paying” for a Medal – Some people look at virtual races and think that you are “paying” for a medal because no one is making you actually run this race. However, this is really a personal thing – if you want to have the medal and not work for it, that’s between you and your wallet! If you want to run the race and then get the medal, then congratulations! You did it!

Character Interactions/Magic – The biggest con for me is the loss of “magic.” When you run a Disney race, you are motivated to keep going to see who might be around the next corner – a favorite character? The Main Street Marching Band? Elements like that are obviously lacking in a virtual race. However, there are ways that you can add your own magic. 1. listen to Disney music while you’re running (here’s my runDisney Playlist that you can listen to on Spotify). 2. Dress up! Just because you’re running in your town doesn’t mean you can’t be dressed for the occasion. 3. Ask friends to meet you at each mile and take a photo with the printable mile markers!

Waiting for Medals – There’s something truly incredible about getting your medal after you finish running a race and with virtual races, you won’t get your medal until it is mailed to your home. However, I do have a helpful tip below to solve this “con”.

TIP: Wait to complete your race(s) until you have received the medal in the mail. Ask a friend or family member to meet you at the finish line and present your medal to you.

Overall, I would say the virtual runDisney races are worth it if you go into them understanding that they are different than an in-park race. These are great options for new runners, people who need a little Disney magic to motivate them, or runners who just miss the magic!

If you’re interested in signing up for a runDisney race, virtual or in the parks, be sure you are checking rundisney.com for updates. Registration is currently still open for the 2021 Virtual runDisney Challenge. All other single races have sold out.

0 Comments for “Virtual runDisney Races – Are They Worth It?”