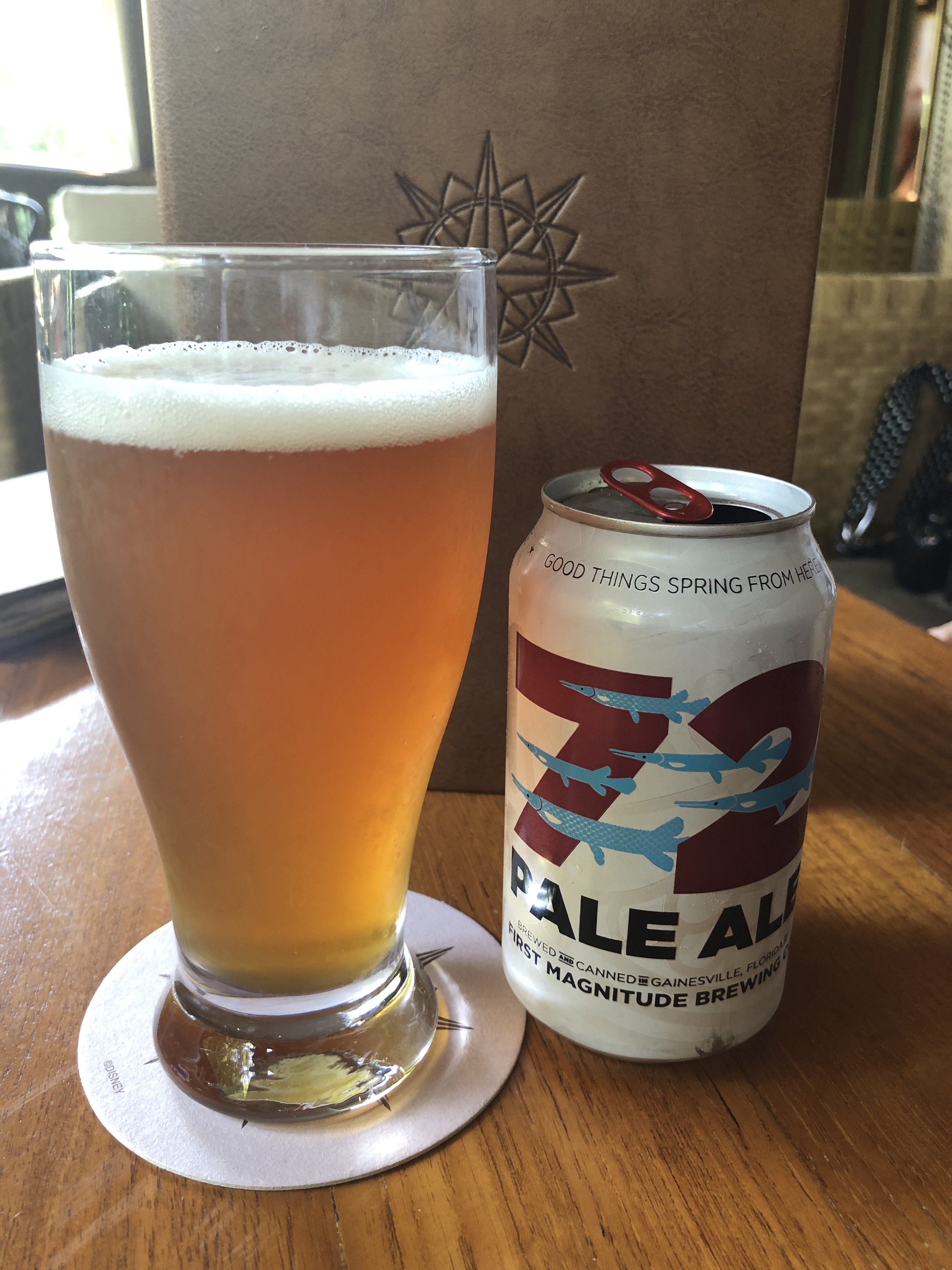 One of the coolest aspects of Disney is the wide variety of cultures and cuisines represented in both the parks and the resorts. Every trip, there is always a new culinary experience to enjoy, especially if you’re lucky enough to visit during the Epcot International Food & Wine.

Last week, Kelly and I were able to explore the Food & Wine Festival (we may have gone multiple times during our trip), and it was an awesome experience. Naturally, I was excited to be able to try beer from all around the world, which got me thinking, what are the best beers that you can purchase at Disney? So, leveraging a very scientific method (drinking a lot of beers) and wearing my Disney beer t-shirt, I have compiled a list of the top 5 beers currently available at Disney and the locations where you purchase them.

This Hefeweizen is a delicious banana and citrus beer. It’s a little bit on the lighter side but since it is only available in Olga’s Cantina in Galaxy’s Edge, it’s great to help cool down on a hot day. It’s served in an ornate glass, which really makes you feel like part of the Star Wars world.

This beer epitomizes what is so great about beer at Disney. Never before have I ever had a beer from Africa, and I would have never thought I would get the opportunity to try a beer from Kenya. After doing some quick research, there are a handful of places around me that carry Tusker, but I likely never would have purchased it.

As a bonus, if you’re visiting Raglan Road, also try the Magners Pear Cider. Typically, I find ciders to be way too sweet for my liking, but this cider pleasantly surprised me.

72 is a medium bodied, citrusy pale ale that has a truly great flavor. I got this beer in the Nomad lounge on a super hot day in the Animal Kingdom. The notes of lemon and orange made this a shockingly refreshing beer that really hit the spot.

The Kungaloosh is a spiced beer with strong notes of cinnamon. This is probably the heaviest beer I had in Disney but, don’t let that prevent you from trying it. The beer is brewed using sorghum so it has a pretty distinct taste. I think even someone who isn’t a huge beer fan would enjoy this one on a hot day.

Have you tried all, if any of these beers while visiting Walt Disney World? I’d love to hear what your thoughts were on them, or if you think I missed one that should have made the top 5! Let me know if the comments below.