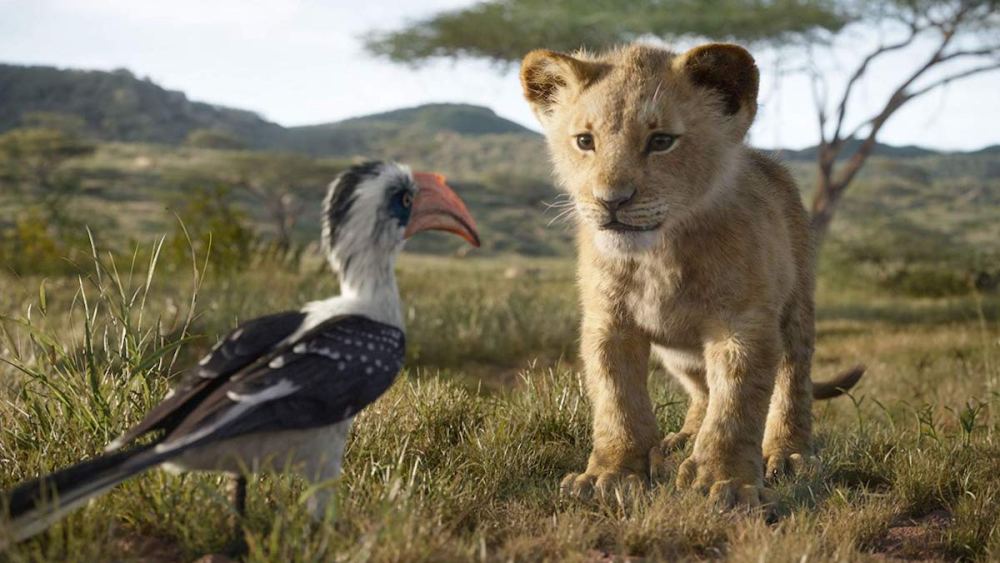 As a 90’s kid, the majority of my friends grew up watching the “Lion King” on repeat, able to recite ever line by heart. For some reason I never got into the “Lion King” craze, maybe because I would have to run out of the room every time the stampede took place because it upset me so much. Fast forward to 2019 and I am sitting in the movie theater watching the live-action “Lion King” and I still considered leaving during that same part. What does that mean? 1. I’m still a softy when it comes to animals and 2. the live-action retelling of the classic film did not lose an ounce of its original glory.

Disclaimer: This post contains affiliate links. This means I may earn a commission should you chose to purchase using my link that will help fund my Disney obsession. You will not be charged extra plus you will help fuel my crazy love of the Mouse! Basically, you’re the best! For all Amazon links, please know – As an Amazon Associate I earn from qualifying purchase.

Jon Favreau’s retelling of “Lion King” will delight fans of the original movie. The film follows the original almost shot for shot and includes all the original characters and the beloved songs. Of course, there are some glaring differences – the biggest being the computer-generated visuals. Having seen Disney’s live-action retelling of “The Jungle Book,” I knew that Disney has mastered the use of CGI to create realistic animals, but could CGI characters carry the entire film? (If you recall, Mowgli was played by a live actor in “The Jungle Book”) I would say they can. The characters of course did not emote as much as their animated counterparts, most likely due to the lack of human-like facial characteristics that can be integrated into the design of animated characters, but emotions were able to be communicated through body language and inflection in the voices.

Speaking of voices, the casting was phenomenal. Simba, played by JD McCrary (young Simba) and Donald Glover, had the same devilish charm that the original character did, and both actors were able to carry the classic Elton John and Tim Rice melodies while adding a little something special. I appreciated the fact that young Simba’s singing voice sounded how a young boy’s voice would – not perfect, but full of fun.

Nala, played by Shahadi Wright Joseph (young Nala) and Beyonce, gained a larger role in the film. Beyonce sang a brand-new song, called “Spirit,” that was set to Nala and Simba’s journey back to Pride Rock after being separated for some time. Nala also had a heightened role amongst the lionesses, acting as their leader towards the end of the film.

Chiwetel Ejiofor’s rendition of Scar seemed to elevate the character, giving Scar a Shakespearean air to him – fitting as “Lion King” is based on Shakespeare famous tragedy, “Hamlet.” Ejiofor’s “Be Prepared” may disappoint some fans of the diabolical villain, as it is less of a production and more of a spoken word piece.

The stand outs of the cast were Timon (Billy Eichner) and Pumba (Seth Rogen). Eichner and Rogen fit the personalities of the characters exceptionally well and made the duo even funnier than the originals. One of my favorite parts was Eichner’s rendition of “Be Our Guest,” no I’m not confusing movies, the “Beauty and the Beast” classic makes an appearance in the film!

One of the most surprising differences is that Rafiki has less screen-time in the 2019 version. While Rafiki was a talkative jokester with a habit of hitting lions on the head in the animated film, Rafiki takes on a more mystical and reserved persona, only showing any force during the battle scene.

An added bonus to the phenomenal cast and exceptional graphics, is the addition of a brand new song, “Never Too Late” performed by Sir Elton John himself during the end credits. If you haven’t already, be sure to take a listen to the soundtrack in its entirety. You won’t be disappointed.

Overall, I am certain that “Lion King” fans will be singing Disney and Jon Favreau’s praises over the next few weeks. I also imagine this will be another box office success for Disney, with Millennials lining up to share one of their favorite stories with their children.

Have you seen the new movie? Let me know what you think below!