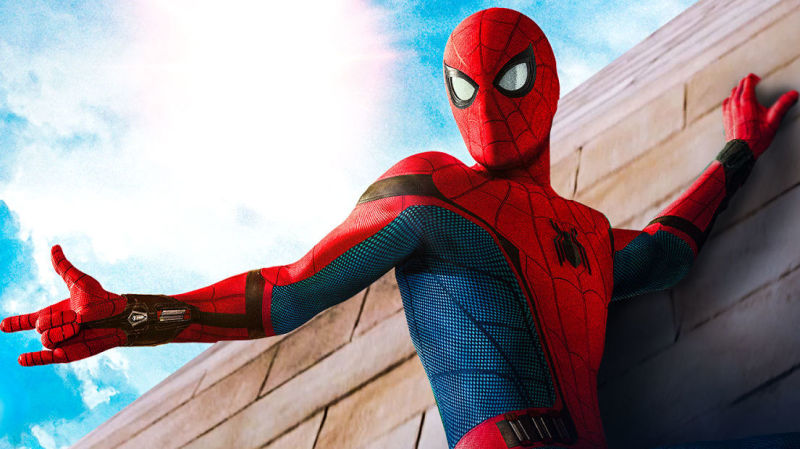 I asked the biggest Marvel fan I know to cover the premiere of Spider-Man: Far From Home, my boyfriend – Pat – and the review below illustrates why! Check out what one Marvel fan thinks is to come in the future of the Marvel Cinematic Universe.

If you haven’t yet watched Spider-Man: Far From Home, TURN BACK NOW! This review contains spoilers. Again:

Spider-Man: Far From Home is the final installment of the Marvel Cinematic Universe’s (MCU) Phase 3. Marvel builds their universe in phases, grouping movies with similar themes. Phases 1-3 were all part of the infinity saga, or a collection of stories all pertaining to the infinity stones. Far From Home explores the aftermath of the events of both Avengers: Infinity War and Avengers: Endgame.

With Iron Man and Captain America’s exit from the MCU, the world is left wondering who will be the “new Iron Man” and stand up to the threats that will inevitably face the world. Spider-Man: Far From Home answers that question.

Who Will be the New Iron Man?

The movie opens with Nick Fury and Maria Hill investigating a tornado in Mexico that devastated a small town. Several eyewitnesses reported that the tornado had a face. As the tornado reappears, Mysterio (Quentin Beck) arrives and kills what he later reveals to be an elemental that destroyed his version of Earth, revealing that there is a Multiverse with multiple realities. .

Meanwhile, Peter Parker is back in high school, trying to deal with the loss of his mentor, Tony Stark. Pictures and news stories of Tony are all around him, constantly reminding Peter of the bond he shared with Tony. Thankfully, his class has a European trip planned, allowing him some time to escape from the constant reminders. The trip will also offer him the perfect moment to tell MJ his feelings for her at the top of the Eiffel Tower.

Upon their arrival in Venice, a second elemental appears from the water and Mysterio arrives to fight. Peter doesn’t have his suit so he does what he can discreetly. Peter meets with Beck and Fury after the battle and Fury asks him to step up and be the new Iron Man, or the first person called in for help.

Peter isn’t sure he can handle the responsibility and tells Fury he cannot be the new Iron Man. He receives a last gift from Iron Man, his sunglasses with AI EDITH (Even Dead I’m Still The Hero), giving him access to all of Stark’s programs, including a satellite with hundreds of drones. Peter tries to use EDITH to get back at a fellow classmate who is also interested in MJ, but quickly realizes the power of Stark’s gift and questions if he can handle such power.

Fury derails the class trip to ensure Peter is in Prague to fight the final elemental along side Beck. After the battle, Peter decides that Beck is the more worthy successor to Iron Man, and hands EDITH over to him. Shortly after Peter leaves, it’s revealed that Beck is actually a disgruntled former Stark employee who helped create BARF (Binarily Augmented Retro-Framing). Using his technology that was laughed at by Stark alongside a fellow ex-Stark employee’s technology, Beck is able to fake the elementals attacks with drones using high-tech projections. Meanwhile, Peter is still dealing with the challenges of being high schooler. While trying to reveal his true feelings to MJ, Peter discovers that MJ snagged a projector from the battle in Prague. This leads to Peter realizing Beck’s plan and the final battle where Peter fights Beck, ultimately defeating him.

The first post credit scene is Peter and MJ swinging through New York. They stop and a special announcement shows a video Beck made before his death making it seem as if Spider-Man was responsible for the fake elemental attacks. Beck also reveals Peter’s true identity.

This sets up some really cool possibilities for the future of the Spider-Man franchise. I would suspect that this is leading to the introduction of the MCU’s version of Norman Osborne, potentially setting up the sinister six for Spider-Man 3 and the Dark Avengers for future storylines.

The second post credit scene reveals that Nick Fury and Maria Hill are both Skrulls! These Skrulls, however are familiar faces to MCU fans. The Nick Fury impersonator is Talos, who we first met in Captain Marvel and Maria Hill is played by his wife Soren. They discuss how this almost got away from them and call the real Nick Fury to let him know what’s going on. He is shown on a large spaceship filled with Skrulls. This is likely a nod to SWORD (Sentient World Observation and Response Department), a more cosmic version of SHIELD.

This could be setting the stage for a few things. First, this could simply be a nod to the inevitable Captain Marvel II – we know this is coming but Captain Marvel is interestingly absent. A second possibility is that Fury is out recruiting stronger allies, potentially even trying to make contact with the Eternals.

Thoughts on Spider-Man: Far From Home

As a whole, the movie provided a great tone for a post-Thanos world. It created an Earth-centric approach, having a human villain who was trying to take advantage of the situation and become a hero in everyone’s eyes. It did a great job of reminiscing on our fallen heroes and provided a funny, lighthearted moment in the MCU.

With the downfall of Thanos, it would have been easy to fall into a trap of trying to make the stakes high again. Allowing characters such as Spider-Man, Black Panther and eventually Shang-Chi to deal with more Earthly problems will allow the characters such as Thor, Captain Marvel, Dr. Strange, Nova, the Guardians, etc. to deal with larger, more galactic threats. This differentiation has helped in allowing Marvel to potentially have two big bads simultaneously. The Earth based heroes can focus on to-be-introduced villains such as Dr. Doom or Norman Osborne, while the galactic forces can focus on a villain such as Galactus or Kang the Conqueror.

With Spider-Man wrapping up phase 3, the stage is set for a new phase with a brand new big bad. It will be interesting to see when they introduce him or her, as, if you remember, Thanos wasn’t introduced until the post credit scene of The Avengers. With plans to introduce characters such as the Fantastic Four, X-Men, and many other properties from the Fox acquisition, there is plenty of source materials to last for the next 22 marvel films.

What do you think is next to come in the Marvel Cinematic Universe? Comment below!