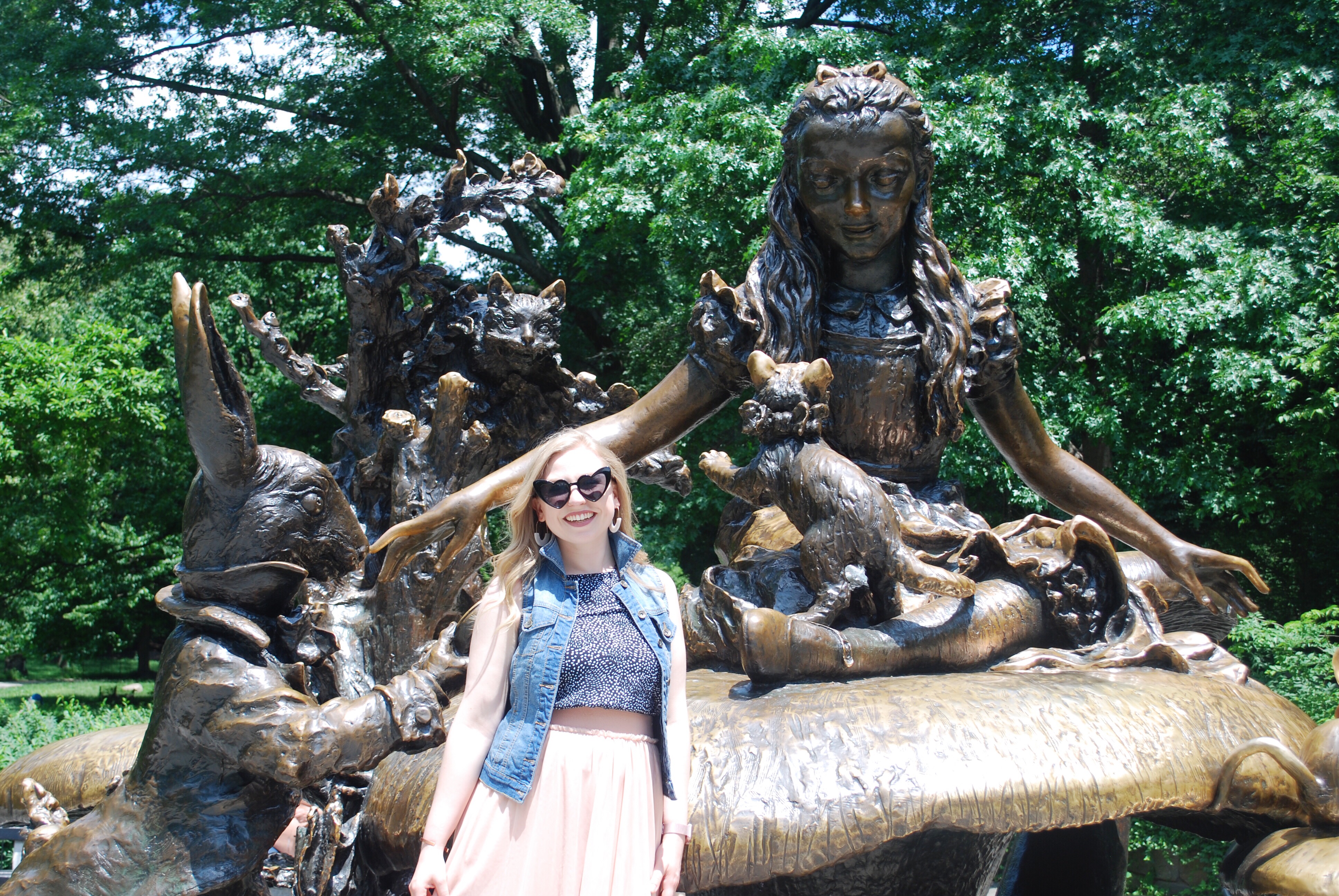 No matter where you travel, you can probably find a bit of Disney magic. That is definitely true for New York City, home to Broadway, the Empire State Building, and Central Park. The city and Disney share a special bond, with many Disney movies set in the Big Apple and Disney playing an important role in the revitalization of the 42nd street area back in the early 90’s. One without the other just wouldn’t be what they are today.

As a local of the NYC area, I am lucky enough to be able to attend a Broadway show on a Thursday night and be home in time to easily get up for work the next morning. The downside of this? I skip over lots of parts of the city. To remedy this, my friend and I decided to be tourists for a weekend and explore those areas we have neglected throughout the years.

Of course, I don’t do anything without a little pixie dust sprinkled in, so I researched Disney and New York City and found a bunch of places that any Disney fan needs to check out if they are visiting. Knowing I wanted to hit all of the ones that I hadn’t been to before, I created a map of the NYC Disney spots that I could use to plan our route.

In Disney’s 2007 film, Enchanted, Giselle, an animated princess, is thrust into the “real world” by her love, Prince Edward’s, evil stepmother, Queen Narissa. Giselle winds up in New York City, where she learns what love truly is. Throughout the film, many famous New York City spots are highlighted. The show stopping musical number takes place throughout Central Park, with shots in The Mall, Sheep Meadow, and Bethedsa Terrace, just to name a few.

The Alice in Wonderland Statue, created by Spanish-born American sculptor Jose de Creeft, was placed in Central Park in 1959, just eight years after Disney released the animated feature film. Philanthropist George Delacorte commissioned the bronze statue as a gift to the children of New York.

Bolt was released in 2008 and follows the title character, a white dog who has grown up on a television set, as he tries to rescue his human, Penny. Bolt winds up in New York City after being trapped inside a box of packing peanuts, and explores the big city. At one point, Bolt gets himself stuck in a fence in Central Park and pigeons help him escape.

In 1995, Disney signed a 49-year revenue based lease for New Amsterdam Theater, located on 42nd street. Since the reopening of the theatre, Disney has welcomed more than 160 million theatregoers, won more than 20 Tony Awards, and expanded to present multiple different productions across Broadway in several theatres to keep up with demand. The current Disney shows on Broadway are Aladdin, Frozen, and Lion King. Learn more about Disney on Broadway

A two level store located in the heart of Times Square, the Disney Store is a must-do for any Disney fan. The store includes specific theming for the city as well as merchandise that can only be found in the Times Square Disney Store.

The Rescuers was released in 1977 and follows Bernard and Bianca, two mice in New York City, as they set out to rescue Penny, an orphan, who has been taken by Medusa. The movie begins at a meeting of the Rescue Aid Society, an international mouse organization headquartered in NYC, that is based on the United Nations.

James and the Giant Peach was released in 1996 and based on the 1961 Roald Dahl novel by the same name. The main character, James Henry Trotter, lives with his parents in England. On his birthday, the family plans to go to New York City to visit the Empire State Building, but his parents are eaten by a ghostly rhinoceros that comes down from the sky, forcing James to live with his evil aunts, Spike and Sponge. The movie follows James’ journey to get to the Empire State Building.

Located in the Lower East Side of Manhattan, street artist, Incarcerated Jerkface, has Disney fans seeing double! The piece is located on a wall perpendicular to the back of a CVS on the corner of E. Houston and Mott. If you are checking it out, type the following address into your phone – 298 Mulberry Street New York, NY 10012.

Oliver & Company, based on Charles Dickens’ “Oliver,” was released in 1988 and set in New York City. The opening of the movie includes an image of the Twin Towers during sunrise and is set to Billy Joel’s “Once Upon a Time in New York City.” While one may not be able to visit the Towers, a visit to the One World Trade Center will have to do.

What other New York Disney spots have you visited/want to visit? Let me know below!