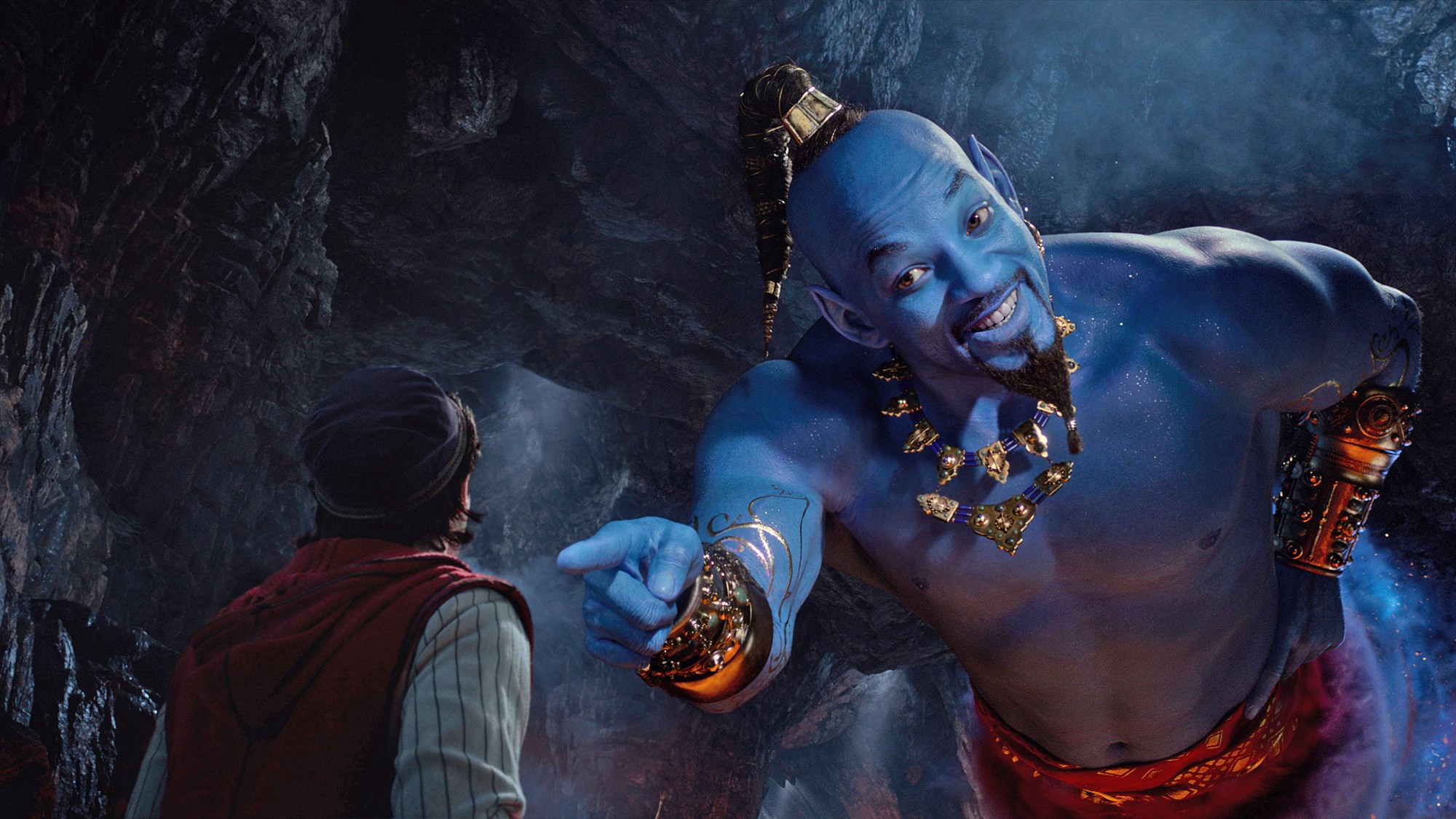 As a 90’s kid, I was lucky enough to grow up watching not only classic Disney movies, like Snow White and the Seven Dwarfs and Peter Pan, but also got to fall in love with new movies that came out during that time like Aladdin. I can remember begging my Mom to let me wear my tap shoes in the house so I could dance like Genie does in “Friend Like Me” (she rightfully said no) and being very upset when I was not the only kindergarten who dressed up as Jasmine for Halloween.

This weekend Disney is making every Disney-loving-90’s-kid’s dreams come true as they bring Aladdin alive for a brand-new live action retelling of the classic tale. I, like many, bought my tickets for Friday night well in advance to ensure I wouldn’t miss the chance to visit a real life Agrabah.

The film has been met with some less than stellar reviews from outlets like New York Times and NPR, but from a 90’s kid, and probably the targeted audience for this film, I loved every second of it.

Aladdin, directed by Guy Ritchie, stays true to the original animated film, following Aladdin and Jasmine’s “Romeo and Juliet-esque” love story, but adding in a few new characters, songs, and twists.  Will Smith plays the Genie, a role made famous by Robin Williams and brought to life on the Broadway stage by Tony winner James Monroe Iglehart. Smith had big shoes (or should I say lamp?) to fill, but did a remarkable job making the character his own. His rendition of Friend Like Me definitely did not rival Williams’ original, but was a fun new take on the classic with the fun of every Will Smith song.

Smith, like Williams and Iglehart, shined amongst the cast, but was supported by a group of diverse and talented newcomers who brought the animated characters we love to life.

The role of Aladdin was played by Mena Massoud, an Egyptian born Canadian actor who is proud to be a part of a film that features a racially diverse cast. He has a number of smaller credits to his name, but looks to have a bright future as both an actor and a singer, delivering a heartwarming Whole New World alongside his co-star, Naomi Scott who played Jasmine.

The expansion of Jasmine’s character and addition of her handmaiden, who is Genie’s love interest, Dalia (Nasmin Pedrad), is sure to be one of audience’s favorite parts of the retelling. Jasmine has always been a Feminist princess, ensuring that the men in her life know she is “not a prize to be won,” but in the live action she takes it a step further making sure that she is not silenced and even gets a power ballad, Speechless (lyrics by Benj Pasek and Justin Paul with a score from Alan Menken) that I am certain we’ll all be belting out in the car. Scott seamlessly worked the new elements of Jasmine into the character and reminded all of us 90’s girls why we have looked up to Jasmine since 1992.

Jasmine’s father, the Sultan is played by Navid Negahban and has a larger role in the live action than he did in the animated film. Of course, his most trusted advisor, Jafar (Marwan Kenzari), is seen by his side throughout the film and is up to his usual villainous antics. Interestingly, Iago, Jafar’s evil sidekick is referred to only as “the parrot,” not even giving the character who played a large role in the animated feature a name.

Not all side kicks are forgotten though, as Abu, Rajah, and the Magic Carpet play important roles throughout. CGI was used to bring many of the beloved characters and landscapes to life and did just that. Particularly well done was the Cave of Wonders scene. Between the background, the Genie, the Magic Carpet, and Abu, there is little in the scene that is not computer generated and could have fallen flat. However, the effects and the cast pulled off the high intensity scene without missing a beat.

Despite the vibrant cast and effortless use of CGI, the real star of the retelling was the choreography led by Jamal Sims. Sims best known for his work on Step Up, the Footloose reboot, and So You Think You Can Dance and has worked with Disney on Descendants 3. Where Sims shone was his ability to choreograph in a mix of styles while being aware of the use of CGI in many of the numbers. In Prince Ali he had to choreograph for over 300 dancers and work in animals, both real and animated. If that wasn’t enough, Sims also makes a cameo in the film, playing the prince that Genie conjures when discussing Aladdin’s first wish.

Hands down, Aladdin is my favorite of Disney’s live-action retellings and hopefully is a sign of good things to come as we prepare for the live-action Lion King to be released on July 19.

Have you seen Aladdin or do you have plans to see it? Let me know your thoughts below!