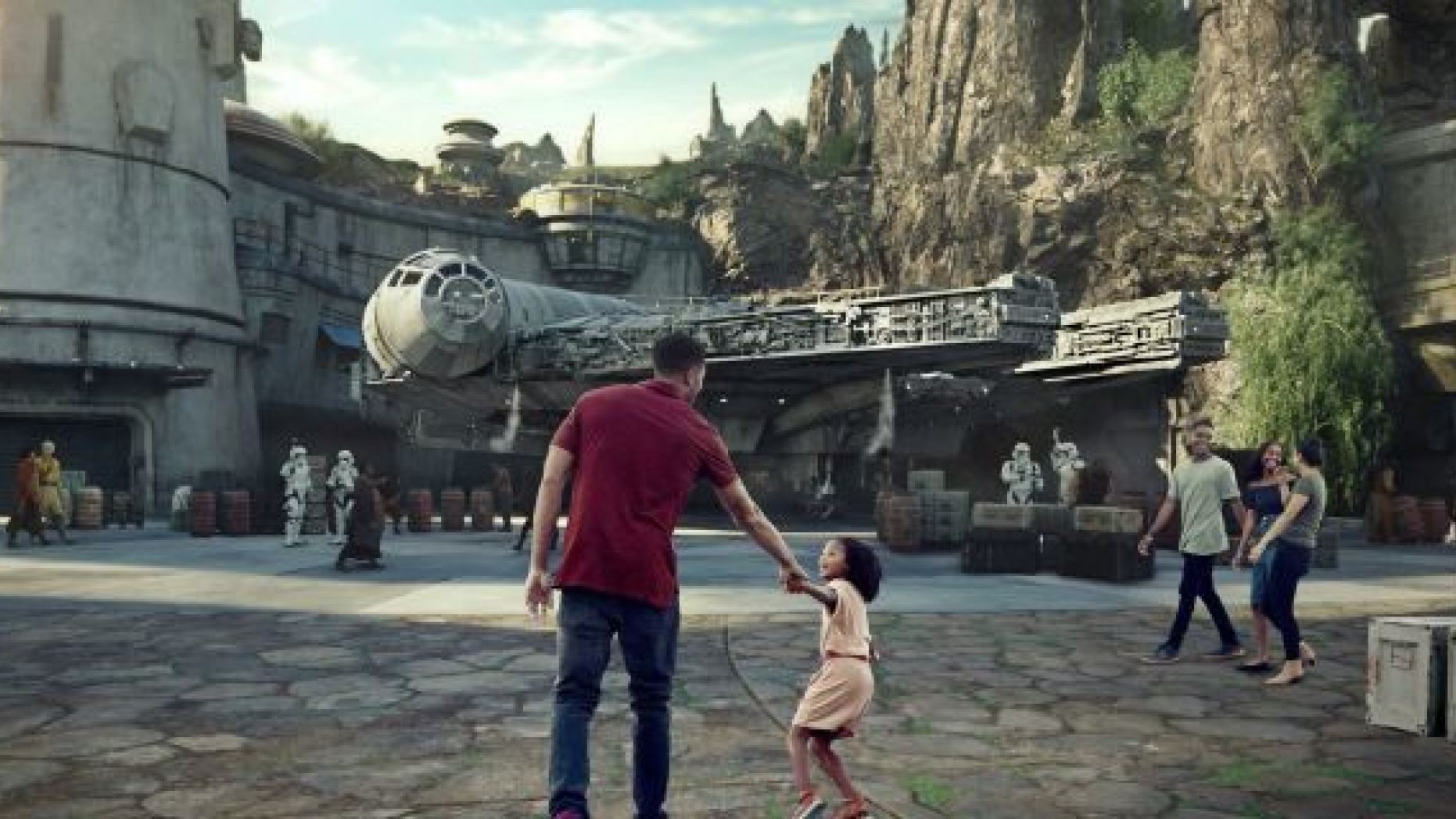 The 4th of May always holds a special place in the hearts of Star Wars fans – May the Fourth be with you! This year, however, we have even more to be excited about!

News about Star Wars: Galaxy’s Edge at Disneyland and Disney’s Hollywood Studios has continued to roll out over the last few months and promises to be one of the most epic enhancements to a Disney park in a while.

Star Wars: Galaxy’s Edge will welcome visitors on both coasts to the planet Batuu, where you will have the chance to fly the Millennium Falcon, toast to good health at Oga’s Cantina, and literally create your own chapter in the “Star Wars” story. Scott Trowbridge, studio leader at Walt Disney Imagineering and the creative force behind Star Wars: Galaxy’s Edge, mentioned in a recent CNN article that visitors will need to pay close attention to the details throughout the land to really take it all in, cautioning fans that Batuu does not “reveal itself all to you in one view.”

When you look at all the offerings available to visitors, it is likely you won’t be able to take it all in on your first trip! Apart from the attractions, Millennium Falcon: Smugglers Run and Star Wars: Rise of the Resistance (opening later this year), guests will be able to build a custom lightsaber, design and assemble their own droid, grab a bite at Oga’s Cantina, Docking Bay 7 Food and Cargo, or one of three themed food stands (including the Milk Stand for all your blue milk needs), shop through a number of stores, and even utilize the Play Disney Park App to enhance their experience.

If that wasn’t enough, East coast visitors will eventually have the opportunity to complete their experience by staying in a themed Star Wars hotel that is being built on the south side of Disney’s Hollywood Studios. The hotel is far from accepting reservations, but when it does, Disney promises it to be a 100% immersive and unique experience for each guest.

Star Wars: Galaxy’s Edge is slated to open May 31st in Disneyland and August 29 in Disney’s Hollywood Studios and all the general public 4-hour time slots have already been reserved at Disneyland for opening day!

To celebrate May the Fourth and the coming openings of Star Wars: Galaxy’s Edge, grab a cup of Blue Milk and toast to the next chapter in the Star Wars story! Below is a quick and easy recipe to make your own Blue Milk at home!

Stir together the milk, sugar, and vanilla.

When the sugar is dissolved, stir in a drop of blue food gel dye until combined.

Keep in the refrigerator until ready to enjoy!

What are you most excited to check out at Star Wars: Galaxy’s Edge? Comment below!

6 Comments for “May the Fourth be with You! – Cheers to Blue Milk & Star Wars: Galaxy’s Edge”